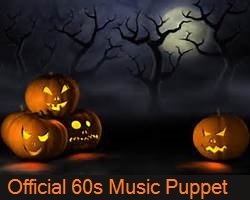 The Evil Republic of Ghost Land is a gargantuan, environmentally stunning nation, ruled by King Warlock Ghost VI with an iron fist, and notable for its infamous sell-swords, prohibition of alcohol, and devotion to social welfare. The hard-nosed, cynical, humorless population of 10.855 billion Ghostlanders are ruled without fear or favor by a psychotic dictator, who outlaws just about everything and refers to the populace as "my little playthings."

The large, corrupt, moralistic, socially-minded, well-organized government prioritizes Defense, with Law & Order, Education, and Administration also on the agenda, while Spirituality receives no funds. It meets to discuss matters of state in the capital city of Spookville. The average income tax rate is 97.0%.

The frighteningly efficient Ghost Landian economy, worth a remarkable 3,512 trillion Pumpkins a year, is driven entirely by a combination of government and state-owned industry, with private enterprise illegal. However, for those in the know, there is an enormous, deeply entrenched, quite specialized black market in Arms Manufacturing and Information Technology. The private sector mostly consists of enterprising ten-year-olds selling lemonade on the sidewalk, but the government is looking at stamping this out. Average income is an amazing 323,608 Pumpkins, and evenly distributed, with the richest citizens earning only 4.2 times as much as the poorest.

Families consisting of more than three people are forced to split up, genetic screening weeds out citizens whose legs don't bend easily at the knee, the military refers to helpless combatants offering surrender as "sitting ducks", and public shaming has become the favoured form of punishment. Crime, especially youth-related, is totally unknown, thanks to a very well-funded police force and progressive social policies in education and welfare. Ghost Land's national animal is the Black Cat, which frolics freely in the nation's many lush forests, and its national religion is Spookism.

Ghost Land is ranked 3,732nd in the world and 1st in Groovy for Highest Economic Output, with 3,512 trillion Standard Monetary Units.

Most Recent Government Activity: 17 days ago