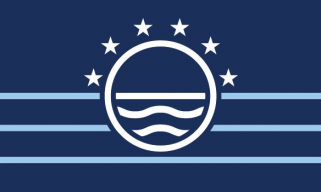 The Designated Overseer of
Teremara Caretaker
Corrupt Dictatorship
Just because you can, does not mean you should
Influence
Instigator
Founder
Region
Teremara
Civil Rights
Some
Economy
Fair
Political Freedom
Few

The Designated Overseer of Teremara Caretaker is a gargantuan, orderly nation, notable for its compulsory military service and irreverence towards religion. The cynical population of 12.667 billion Teremarans are ruled with an iron fist by the dictatorship government, which ensures that no-one outside the party gets too rich. In their personal lives, however, citizens are relatively unoppressed; it remains to be seen whether this is because the government genuinely cares about its people, or if it hasn't gotten around to stamping out civil rights yet.

The medium-sized government prioritizes Welfare, with Education, Healthcare, and Defense also on the agenda, while Spirituality isn't funded at all. The average income tax rate is 24.8%, but much higher for the wealthy.

The large but inefficient Teremara Caretakerian economy, worth 466 trillion NS Dollars a year, is fairly diversified and led by the Retail industry, with major contributions from Beef-Based Agriculture, Book Publishing, and Arms Manufacturing. State-owned companies are common. Average income is 36,836 NS Dollars, and evenly distributed, with the richest citizens earning only 2.0 times as much as the poorest.

Tax evaders are regularly visited by agents of the Teremara Caretaker Blood Tithe, all major public areas are watched by police surveillance cameras, bicyclists are banned from major roads, and elections have been outlawed. Crime, especially youth-related, is totally unknown. Teremara Caretaker's national animal is the Bender.

Teremara Caretaker is ranked 51,261st in the world and 7th in Teremara for Largest Welfare Programs, scoring 1,930.56 on the Safety Net Mesh Density Rating.