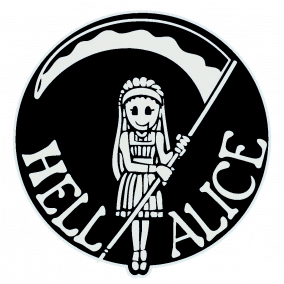 The Rogue Nation of Reaper Squadron is a very large, orderly nation, notable for its barren, inhospitable landscape, avowedly heterosexual populace, and complete absence of social welfare. The hard-nosed, hard-working, cynical population of 160 million pilots are kept under strict control by the oppressive government, which measures its success by the nation's GDP and refers to individual citizens as "human resources."

The strong free economy, worth 8.53 trillion bullets a year, is dominated by the Trout Farming industry, with significant contributions from Uranium Mining, Information Technology, and Furniture Restoration. Average income is 53,337 bullets, and evenly distributed, with the richest citizens earning only 4.5 times as much as the poorest.

The government recently relinquished its monopoly on the mail service, organ donation is compulsory, little children cry as their rainbow drawings are seized by the Straight-Thought Police, and newborns are being raised as mindless killing machines. Crime, especially youth-related, is totally unknown, thanks to a very well-funded police force and progressive social policies in education and welfare. Reaper Squadron's national animal is the Raven, which can occasionally be seen dodging aircraft in the nation's cities.

Reaper Squadron is ranked 175,018th in the world and 9th in Azur Rozen Europa for Most Popular Tourist Destinations, with 70.03 Tourists Per Hour.