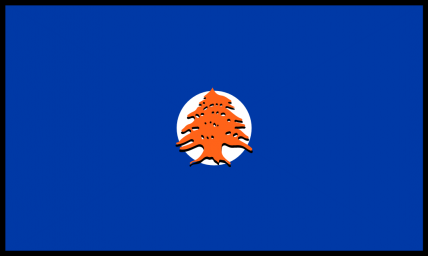 The Federal Republic of Kicape Eclistan is a massive, socially progressive nation, notable for its compulsory military service, ubiquitous missile silos, and irreverence towards religion. The hard-nosed, hard-working population of 1.866 billion Kicape Eclistanians are either ruled by a sleek, efficient government or a conglomerate of multinational corporations; it's difficult to tell which.

The minute, pro-business government, or what there is of one, prioritizes Defense, with Education, Law & Order, and Welfare also on the agenda, while Spirituality and International Aid are ignored. Citizens pay a flat income tax of 5.6%.

The thriving Kicape Eclistanian economy, worth 130 trillion rubles a year, is driven almost entirely by the private sector, which is broadly diversified and led by the Information Technology industry, with major contributions from Book Publishing, Automobile Manufacturing, and Cheese Exports. Average income is 69,683 rubles, but there is a significant disparity between incomes, with the richest 10% of citizens earning 244,438 per year while the poor average 14,412, a ratio of 17.0 to 1.

The main interest rates change daily based on the latest news story, noises louder than a whisper have been prohibited by law, textbooks are exactly twice as heavy as they used to be, and Leader's new office has a propensity to catch on fire. Crime is a problem, with the police force struggling against a lack of funding and a high mortality rate. Kicape Eclistan's national animal is the tiger, which can occasionally be seen sifting through garbage in the nation's cities.

Kicape Eclistan is ranked 29,507th in the world and 4th in Noneuropean Union for Fattest Citizens, with 14.77 Obesity Rate.

Most Recent Government Activity: 20 hours ago