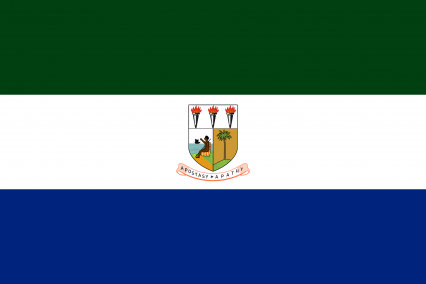 The Democratic Republic of Zhia is a gargantuan, orderly nation, ruled by Chairman Tucodo Drilye with an iron fist, and remarkable for its barren, inhospitable landscape, national health service, and ubiquitous missile silos. The hard-nosed, cynical, humorless, devout population of 10.359 billion Zhians are kept under strict control by the oppressive government, which measures its success by the nation's GDP and refers to individual citizens as "human resources."

The large, corrupt, well-organized government juggles the competing demands of Law & Order, Defense, and Industry. It meets to discuss matters of state in the capital city of Ooughe. Citizens pay a flat income tax of 43.4%.

The powerhouse Zhian economy, worth 598 trillion Baos a year, is highly specialized and led by the Uranium Mining industry, with major contributions from Woodchip Exports, Furniture Restoration, and Basket Weaving. Black market activity is rampant. State-owned companies are reasonably common. Average income is 57,823 Baos, with the richest citizens earning 8.2 times as much as the poorest.

Explosive diarrhoea is not just a colorful phrase, fruit market traders let their stock spoil rather than reduce their prices at the day's end, the backs of 'No Trespassing' signs were made for you and me, and the state considers itself the 'third parent' of every child in the nation. Crime, especially youth-related, is a problem. Zhia's national animal is the llama, which teeters on the brink of extinction due to widespread deforestation.

Zhia is ranked 65,080th in the world and 2nd in Brannackia for Most Extreme, scoring 24.34 on the Paul-Nader Subjective Decentrality Index.