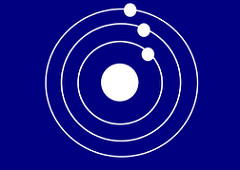 The Commonwealth of United States of Vietnam is a gargantuan, safe nation, ruled by Hà Phi Hùng with a fair hand, and remarkable for its anti-smoking policies, complete lack of prisons, and irreverence towards religion. The compassionate, democratic, cheerful population of 10.593 billion Vietnamese are free to do what they want with their own bodies, and vote for whomever they like in elections; if they go into business, however, they are regulated to within an inch of their lives.

The large, liberal, socially-minded, outspoken government juggles the competing demands of Education, Industry, and Environment. It meets to discuss matters of state in the capital city of Hanoi. The income tax rate is 100%.

The frighteningly efficient Vietnamese economy, worth a remarkable 3,688 trillion Vietnam Commonwealth Dongs a year, is quite specialized and dominated by the Information Technology industry, with significant contributions from Book Publishing, Tourism, and Arms Manufacturing. State-owned companies are common. Average income is an amazing 348,237 Vietnam Commonwealth Dongs, and distributed extremely evenly, with practically no difference between the richest and poorest citizens.

Selling your granddad's clothes requires an incredible amount of paperwork, school history books often refer to Hà Phi Hùng as "that imperialist pig dog", practising saying 'how now brown cow' is an essential part of holiday planning, and the fattest folk in United States of Vietnam look to be the happiest ones. Crime is totally unknown. United States of Vietnam's national animal is the Dragon, which soars majestically through the nation's famously clear skies.

United States of Vietnam is ranked 604th in the world and 11th in the South Pacific for Largest Publishing Industry, scoring 41,626.28 on the Bella Potter Productivity e-Index.