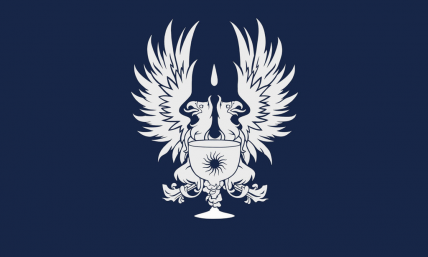 The Office of The First Warden is a colossal, efficient nation, renowned for its burgeoning Griffin population. The hard-working population of 9.873 billion Wardens are free to succeed or fail in life on their own merits; the successful tend to enjoy an opulent (but moralistic) lifestyle, while the failures can be seen crowding out most jails.

The very strong First Wardenian economy, worth 536 trillion Crowns a year, is led by the Arms Manufacturing industry, with major contributions from Book Publishing, Automobile Manufacturing, and Woodchip Exports. Average income is 54,339 Crowns, but there is a significant disparity between incomes, with the richest 10% of citizens earning 165,996 per year while the poor average 13,787, a ratio of 12.0 to 1.

Crime is moderate, possibly because it is difficult to make it through a day without breaking one of the country's many regulations. The First Warden's national animal is the Griffin, which can occasionally be seen dodging aircraft in the nation's cities.

The First Warden is ranked 156,592nd in the world and 198th in The Order of the Grey Wardens for Most Armed, with 0.28 weapons per person.

Most Recent Government Activity: 7 days ago