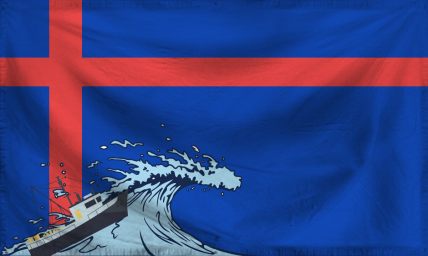 The People's Republic of Sleaporia is a huge, environmentally stunning nation, renowned for its state-planned economy, unlimited-speed roads, and stringent health and safety legislation. The compassionate population of 338 million Sleaparians are fiercely patriotic and enjoy great social equality; they tend to view other, more capitalist countries as somewhat immoral and corrupt.

The enormous, socially-minded government juggles the competing demands of Education, Administration, and Welfare. It meets to discuss matters of state in the capital city of Sleaponda. The average income tax rate is 68.5%, and even higher for the wealthy.

The sizeable but underdeveloped Sleaporian economy, worth 13.5 trillion awuks a year, is driven entirely by a combination of government and state-owned industry, with private enterprise illegal. The industrial sector, which is quite specialized, is dominated by the Trout Farming industry, with significant contributions from Tourism, Uranium Mining, and Automobile Manufacturing. Average income is 40,044 awuks, and distributed extremely evenly, with practically no difference between the richest and poorest citizens.

Historic buildings are being demolished to allow for road-widening in the city centre, all guns must be registered, Sleaporia has designated Sleaponda as its capital city, and the roads are notorious throughout the region for their peril. Crime is totally unknown, thanks to a well-funded police force and progressive social policies in education and welfare. Sleaporia's national animal is the koala, which frolics freely in the nation's many lush forests.

Sleaporia is ranked 92,939th in the world and 2nd in Peoples Alliance of Sneed for Most Politically Apathetic Citizens, with 51.62 Whatever.