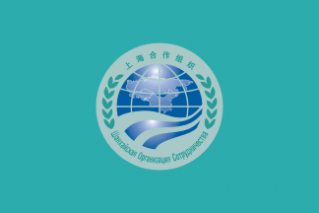 The Allied States of Shanghai Cooperation Organisation is a huge, efficient nation, notable for its compulsory military service, frequent executions, and suspicion of poets. The hard-nosed, hard-working, cynical population of 950 million Shanghai Cooperation Organisationians are ruled with an iron fist by the corrupt, dictatorship government, which oppresses anyone who isn't on the board of a Fortune 500 company. Large corporations tend to be above the law, and use their financial clout to gain ever-increasing government benefits at the expense of the poor and unemployed.

The relatively small, corrupt, moralistic, well-organized government juggles the competing demands of Defense, Law & Order, and Welfare. It meets to discuss matters of state in the capital city of Shanghai. Citizens pay a flat income tax of 16.2%.

The powerhouse Shanghai Cooperation Organisationian economy, worth 79.3 trillion Renminbis a year, is broadly diversified and led by the Arms Manufacturing industry, with major contributions from Retail, Book Publishing, and Door-to-door Insurance Sales. Average income is 83,510 Renminbis, with the richest citizens earning 8.2 times as much as the poorest.

Daisy chain gangs plant flowers and pick up litter, psychiatrists bizarrely accompany Leader to meetings with foreign heads of state, replacement organs are grown in vats, and Shanghai Cooperation Organisation has designated Shanghai as its capital city. Crime, especially youth-related, is totally unknown, thanks to a capable police force and progressive social policies in education and welfare. Shanghai Cooperation Organisation's national animal is the Dragon.

Shanghai Cooperation Organisation is ranked 147,939th in the world and 11th in mutual cooperation alliance for Fattest Citizens, with 9.65 Obesity Rate.

Most Recent Government Activity: 9 days ago