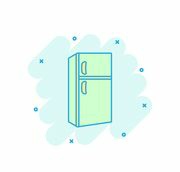 The Disputed Territories of Ralf the fridge is a huge, safe nation, notable for its compulsory military service and irreverence towards religion. The hard-working population of 580 million Ralf the fridgeans have some civil rights, but not too many, enjoy the freedom to spend their money however they like, to a point, and take part in free and open elections, although not too often.

The relatively small government juggles the competing demands of Welfare, Defense, and Healthcare. The average income tax rate is 12.7%.

The strong Ralf the fridgean economy, worth 33.1 trillion dollars a year, is broadly diversified and led by the Cheese Exports industry, with major contributions from Basket Weaving, Door-to-door Insurance Sales, and Soda Sales. Average income is 57,026 dollars, and evenly distributed, with the richest citizens earning only 4.7 times as much as the poorest.

Crime, especially youth-related, is well under control. Ralf the fridge's national animal is the tiger.

Ralf the fridge is ranked 157,883rd in the world and 33rd in Lily for Largest Governments, scoring 9.9 on the Bureaucratic Comprehensiveness Rating Scale Index.

Most Recent Government Activity: 10 days ago