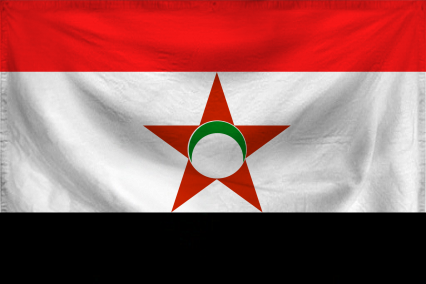 The Empire of Paranh is a massive, cultured nation, ruled by Emperor Muhammad Yusuf al-Ashtar with an iron fist, and renowned for its pith helmet sales, multi-spousal wedding ceremonies, and irreverence towards religion. The hard-nosed, hard-working, cynical population of 1.681 billion Paranhians are ruled by a mostly-benevolent dictator, who grants the populace the freedom to live their own lives but watches carefully for anyone to slip up.

The medium-sized, corrupt, well-organized government juggles the competing demands of Defense, Law & Order, and Education. It meets to discuss matters of state in the capital city of Riyad. The average income tax rate is 47.1%.

The powerhouse Paranhian economy, worth 166 trillion Dinaroes a year, is broadly diversified and led by the Information Technology industry, with major contributions from Arms Manufacturing, Book Publishing, and Furniture Restoration. Average income is 99,338 Dinaroes, and evenly distributed, with the richest citizens earning only 3.9 times as much as the poorest.

Small patches of desolate land across the world are part of Paranhian sovereign territory, commemoration of the Great mutual cooperation alliance War costs almost as much as the war itself, minority children find the right answer in school tests is always the most insulting one, and Muslim has been named as Paranh's national religion. Crime, especially youth-related, is totally unknown, thanks to a well-funded police force and progressive social policies in education and welfare. Paranh's national animal is the Greyhound, which teeters on the brink of extinction due to widespread deforestation, and its national religion is Muslim.

Paranh is ranked 210,972nd in the world and 20th in mutual cooperation alliance for Most Armed, with 0.19 Weapons Per Person.

Most Recent Government Activity: 11 hours ago