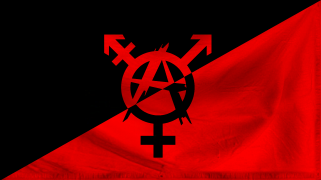 The Free Land of Nostovya is a colossal, environmentally stunning nation, notable for its multi-spousal wedding ceremonies, keen interest in outer space, and complete lack of prisons. The compassionate, democratic, cheerful population of 9.414 billion Nostovyans are free to do what they want with their own bodies, and vote for whomever they like in elections; if they go into business, however, they are regulated to within an inch of their lives.

The enormous, liberal, outspoken government juggles the competing demands of Education, Environment, and Welfare. The income tax rate is 100%.

The frighteningly efficient Nostovyan economy, worth a remarkable 2,783 trillion comforts a year, is driven entirely by a combination of government and state-owned industry, with private enterprise illegal. The industrial sector, which is highly specialized, is mostly made up of the Information Technology industry, with significant contributions from Tourism and Book Publishing. Average income is an amazing 295,637 comforts, and distributed extremely evenly, with practically no difference between the richest and poorest citizens.

Children aren't allowed to chew their pencils until they get home from school, the wealthiest parts of the country receive the most government spending, machine-peeled candied grapes come in individual packaging for the busy commuter, and nobody is allowed to stop the local daycare from reading Nietzsche to pre-schoolers. Crime is totally unknown. Nostovya's national animal is the crow, which frolics freely in the nation's many lush forests.

Nostovya is ranked 131st in the world and 3rd in NationStates for Most Pacifist, with 317.59 Cheeks Turned Per Day.