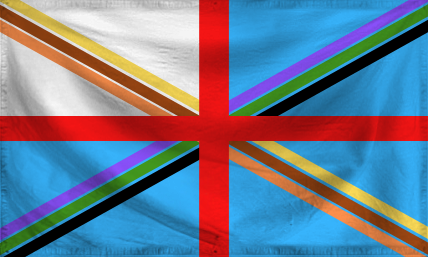 The Multiversal Federal Empire of MineLegotia and Equestria is a colossal, safe nation, ruled by Imperial Regent Medical Atlas with an even hand, and remarkable for its ubiquitous missile silos, smutty television, and punitive income tax rates. The hard-nosed, hard-working, devout population of 8.106 billion MineLegoEquestrians have some civil rights, but not too many, enjoy the freedom to spend their money however they like, to a point, and take part in free and open elections, although not too often.

The medium-sized, corrupt government juggles the competing demands of Education, Administration, and Defense. It meets to discuss matters of state in the capital city of MineLegotian Canterlot. The average income tax rate is 96.2%.

The frighteningly efficient MineLegoEquestrian economy, worth a remarkable 2,683 trillion Bits a year, is broadly diversified and led by the Information Technology industry, with significant contributions from Arms Manufacturing, Book Publishing, and Retail. Average income is an amazing 331,102 Bits, but there is a significant disparity between incomes, with the richest 10% of citizens earning 1,077,022 per year while the poor average 76,689, a ratio of 14.0 to 1.

Radio shows frequently feature people denouncing religion, all new "spies" are fifteen-year-old acne-ridden kids on computers, to 'cut off family ties' is no longer just a phrase, and wealthy pranksters dump refuse on unsuspecting citizens from up high. Crime is totally unknown, thanks to a capable police force and progressive social policies in education and welfare. MineLegotia and Equestria's national animal is the Timeberdog, which frolics freely in the nation's many lush forests, and its national religion is Protestant Christianity.

MineLegotia and Equestria is ranked 1,409th in the world and 6th in Confederation of Corrupt Dictators for Most Valuable International Artwork, with 524.7 Bank.