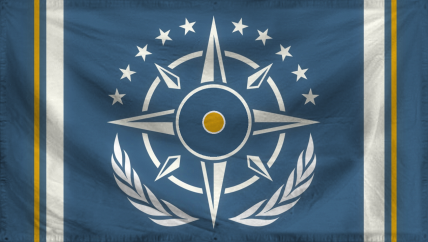 The Empire of Lothern is a huge, genial nation, notable for its keen interest in outer space, punitive income tax rates, and devotion to social welfare. The compassionate population of 588 million Lothernians have some civil rights, but not too many, enjoy the freedom to spend their money however they like, to a point, and take part in free and open elections, although not too often.

The medium-sized government juggles the competing demands of Defense, Education, and Industry. It meets to discuss matters of state in the capital city of Eataine. The average income tax rate is 57.7%.

The frighteningly efficient Lothernian economy, worth 66.0 trillion Ingots a year, is broadly diversified and led by the Information Technology industry, with major contributions from Tourism, Book Publishing, and Beef-Based Agriculture. Average income is an impressive 112,209 Ingots, and evenly distributed, with the richest citizens earning only 3.2 times as much as the poorest.

New urban roads are threatening city parks, political candidates who don't release their birth certificates are presumed to have been born in Maxtopia, the rich tend their gardens inside gated urban farming communities, and major cities shut down as their local sports team takes to the field every day. Crime, especially youth-related, is totally unknown, thanks to a capable police force and progressive social policies in education and welfare. Lothern's national animal is the eagle, which is also the nation's favorite main course.

Most Recent Government Activity: 67 minutes ago