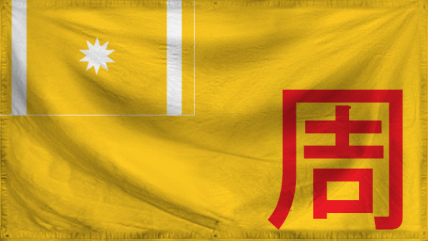 The Dominion of Kuanmaho is a very large, orderly nation, notable for its compulsory military service, irreverence towards religion, and complete absence of social welfare. The hard-nosed, hard-working, cynical population of 115 million Kuanmahoans are ruled with an iron fist by the corrupt, dictatorship government, which oppresses anyone who isn't on the board of a Fortune 500 company. Large corporations tend to be above the law, and use their financial clout to gain ever-increasing government benefits at the expense of the poor and unemployed.

The very strong Kuanmahoan economy, worth 8.31 trillion Entroterranean Lire a year, is broadly diversified and led by the Information Technology industry, with major contributions from Gambling, Automobile Manufacturing, and Pizza Delivery. Average income is 72,280 Entroterranean Lire, but there is a significant disparity between incomes, with the richest 10% of citizens earning 239,682 per year while the poor average 16,272, a ratio of 14.7 to 1.

The acceptance of acupuncture and other alternative therapies has needled the scientific community, the navy is chrome-plating its battleships to prevent rust, the latest Harry Potter book is a bestseller, and a dictator has seized power and outlawed elections. Crime is moderate, possibly because it is difficult to make it through a day without breaking one of the country's many regulations. Kuanmaho's national animal is the dragon, which teeters on the brink of extinction due to toxic air pollution.

Kuanmaho is ranked 89,604th in the world and 19th in mutual cooperation alliance for Most Advanced Law Enforcement, scoring 1,759.38 on the Orwell Orderliness Index.

Most Recent Government Activity: 10 days ago