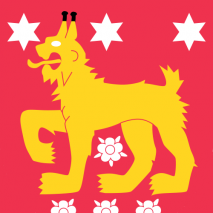 The Unrecognized state of Kanta Hame is a gargantuan, socially progressive nation, ruled by General Kotonen with an even hand, and notable for its multi-spousal wedding ceremonies, punitive income tax rates, and stringent health and safety legislation. The compassionate population of 20.79 billion Kanta Hameans have some civil rights, but not too many, enjoy the freedom to spend their money however they like, to a point, and take part in free and open elections, although not too often.

The enormous government juggles the competing demands of Defense, Education, and Environment. It meets to discuss matters of state in the capital city of Riihimaki. The average income tax rate is 64.6%, and even higher for the wealthy.

The thriving Kanta Hamean economy, worth a remarkable 1,329 trillion KH Marks a year, is quite specialized and led by the Information Technology industry, with major contributions from Arms Manufacturing, Book Publishing, and Tourism. State-owned companies are reasonably common. Average income is 63,952 KH Marks, and distributed extremely evenly, with little difference between the richest and poorest citizens.

Pre-takeoff checks last longer than the flights themselves, fighter pilots crash out of the air after failing to understand their foreign instruction manuals, military minds worry that 'the blue screen of death' on brand new operating systems may be a literal description, and vital intelligence-gathering activities are put on hold as agents return home for seduction training and advanced poker instruction. Crime is totally unknown, thanks to a very well-funded police force and progressive social policies in education and welfare. Kanta Hame's national animal is the Lynx, which is also the nation's favorite main course.

Most Recent Government Activity: 4 hours ago