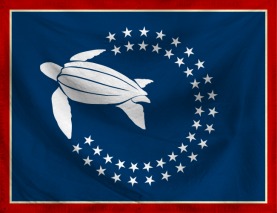 The Northern Island Empire of Haven and Sanctuary is a colossal, safe nation, ruled by Emperor Ghara Hasran with a fair hand, and notable for its complete lack of prisons, daily referendums, and devotion to social welfare. The hard-nosed, democratic population of 7.051 billion Havenian and Sanctuarians are free to do what they want with their own bodies, and vote for whomever they like in elections; if they go into business, however, they are regulated to within an inch of their lives.

The large, corrupt government prioritizes Defense, although Administration and Education are also considered important. It meets to discuss matters of state in the capital city of Capucara. The income tax rate is 100%.

The frighteningly efficient Havenian and Sanctuarian economy, worth a remarkable 2,424 trillion Supsios a year, is driven entirely by a combination of government and state-owned industry, with private enterprise illegal. The industrial sector, which is quite specialized, is led by the Arms Manufacturing industry, with major contributions from Information Technology, Tourism, and Book Publishing. Average income is an amazing 343,919 Supsios, and distributed extremely evenly, with little difference between the richest and poorest citizens.

Pet loving officers arrest citizens who don't give their dogs enough biscuits, a government program is underway to revitalize Haven and Sanctuary's beaches, teenagers performing appendectomies on their friends has become a popular schoolyard prank, and students consistently complain that the wi-fi ate their homework. Crime, especially youth-related, is totally unknown, thanks to a capable police force and progressive social policies in education and welfare. Haven and Sanctuary's national animal is the Giant Sea Turtle, which frolics freely in the nation's sparkling oceans, and its national religion is Guardian faith and other religions.

Haven and Sanctuary is ranked 100,174th in the world and 2,785th in the Pacific for Highest Foreign Aid Spending, scoring 113.99 on the Clooney Contribution Index.

Most Recent Government Activity: 10 hours ago