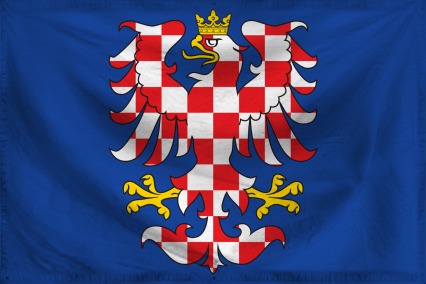 The Sudeten German Federation of German Moravia is a massive, efficient nation, ruled by Hermann Luppenbach with an even hand, and notable for its museums and concert halls, free-roaming dinosaurs, and anti-smoking policies. The compassionate, hard-working, democratic, devout population of 2.092 billion German Moravians have some civil rights, but not too many, enjoy the freedom to spend their money however they like, to a point, and take part in free and open elections, although not too often.

The large government juggles the competing demands of Education, Administration, and Industry. It meets to discuss matters of state in the capital city of Brünn. The average income tax rate is 90.8%, and even higher for the wealthy.

The frighteningly efficient German Moravian economy, worth 355 trillion Kroner a year, is fairly diversified and led by the Information Technology industry, with significant contributions from Tourism, Book Publishing, and Arms Manufacturing. State-owned companies are reasonably common. Average income is an impressive 170,145 Kroner, and distributed extremely evenly, with little difference between the richest and poorest citizens.

Subsidisation of Big Pharma has stopped many corporate executives from having to sell their second homes, Max Barry is this year's Miss German Moravia, bored politicians often entertain themselves with games of Simon during important votes, and the slowest students feel vaguely targeted by their Mendelian Inheritance coursework. Crime, especially youth-related, is totally unknown, thanks to a capable police force and progressive social policies in education and welfare. German Moravia's national animal is the Flamethrower, which is also the nation's favorite main course, and its national religion is Roman Catholicism.

German Moravia is ranked 53,812th in the world and 69th in Thaecia for Highest Economic Output, with 355 trillion Standard Monetary Units.

Most Recent Government Activity: 12 hours ago