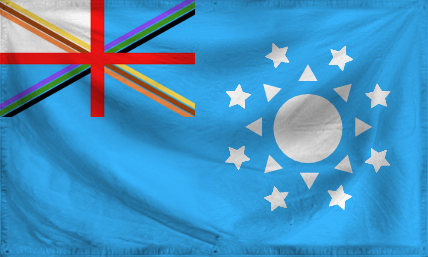 The Imperial Dominion of Equestrian Multi-Union Empire is a colossal, safe nation, ruled by Senate Leader Prince Blueblood with a fair hand, and renowned for its museums and concert halls, unlimited-speed roads, and punitive income tax rates. The compassionate, hard-working, democratic, devout population of 6.991 billion Equestrians enjoy a sensible mix of personal and economic freedoms, while the political process is open and the people's right to vote held sacrosanct.

The medium-sized government juggles the competing demands of Industry, Education, and Administration. It meets to discuss matters of state in the capital city of New Canterlot. The average income tax rate is 66.1%.

The frighteningly efficient Equestrian economy, worth 957 trillion Bits a year, is broadly diversified and dominated by the Tourism industry, with significant contributions from Book Publishing, Information Technology, and Arms Manufacturing. Average income is an impressive 136,924 Bits, and evenly distributed, with the richest citizens earning only 4.3 times as much as the poorest.

Pet loving officers arrest citizens who don't give their dogs enough biscuits, the government is under the thumb of countless special interests, there is a thriving underground gay scene, and libraries are refusing to stock A Midsummer Night's Dream because it has an ass in it. Crime, especially youth-related, is totally unknown, thanks to a capable police force and progressive social policies in education and welfare. Equestrian Multi-Union Empire's national animal is the Cockatrice, which frolics freely in the nation's many lush forests, and its national religion is Protestant Christianity.

Equestrian Multi-Union Empire is ranked 6,205th in the world and 1st in Of Books and Stories for Most Valuable International Artwork, with 87.91 Bank.