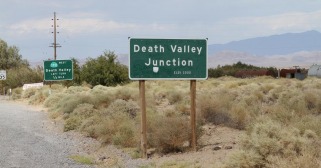 The Town of Death Valley Junction is a massive, safe nation, ruled by Amargosa Opera House Inc with an even hand, and notable for its frequent executions, absence of drug laws, and punitive income tax rates. The compassionate population of 4.576 billion Death Valley Junctionians have some civil rights, but not too many, enjoy the freedom to spend their money however they like, to a point, and take part in free and open elections, although not too often.

The large government juggles the competing demands of Education, Environment, and Healthcare. It meets to discuss matters of state in the capital city of Death Valley Junction. Citizens pay a flat income tax of 77.0%.

The frighteningly efficient Death Valley Junctionian economy, worth 497 trillion dollars a year, is driven entirely by a combination of government and state-owned industry, with private enterprise illegal. The industrial sector, which is quite specialized, is led by the Tourism industry, with significant contributions from Information Technology, Book Publishing, and Soda Sales. Average income is an impressive 108,715 dollars, but there is a significant disparity between incomes, with the richest 10% of citizens earning 309,931 per year while the poor average 30,409, a ratio of 10.2 to 1.

The tenet of free speech is held dear, desert tortoises have more rights than the average citizen, trails to natural wonders are littered with trash from reality film crews, and all footpaths have tollbooths. Crime is totally unknown, thanks to a capable police force and progressive social policies in education and welfare. Death Valley Junction's national animal is the desert tortoise, which frolics freely in the nation's many lush forests, and its national religion is Paganism.

Death Valley Junction is ranked 14,469th in the world and 7th in Death Valley for Most Developed, scoring 87.59 on the Human Development Index.

Most Recent Government Activity: 8 hours ago