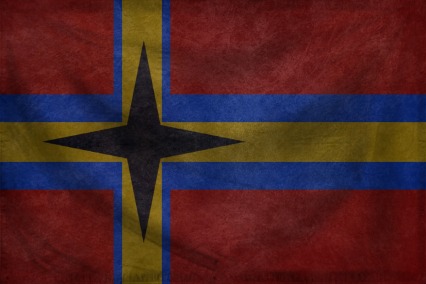 The Glorious United Republics of Aussandries is a colossal, environmentally stunning nation, ruled by Adam McCauley with an even hand, and notable for its smutty television, keen interest in outer space, and compulsory military service. The hard-nosed, democratic population of 8.875 billion Aussandrisians enjoy extensive civil freedoms, particularly in social issues, while business tends to be more regulated.

The medium-sized, corrupt, liberal government prioritizes Defense, although Education, Administration, and Industry are also considered important. It meets to discuss matters of state in the capital city of Brecknell. The average income tax rate is 91.6%, and even higher for the wealthy.

The frighteningly efficient Aussandrisian economy, worth a remarkable 1,771 trillion Aussandries Dollars a year, is driven entirely by a combination of government and state-owned industry, with private enterprise illegal. However, for those in the know, there is a slick, highly efficient, broadly diversified black market in Arms Manufacturing, Information Technology, Tourism, and Book Publishing. The private sector mostly consists of enterprising ten-year-olds selling lemonade on the sidewalk, but the government is looking at stamping this out. Average income is an impressive 199,646 Aussandries Dollars, and distributed extremely evenly, with little difference between the richest and poorest citizens.

The nation's declaring that sharing nukes is caring, the military claims that their threatening letters are signed with the blood of their enemies, reassembling shredded papers is the highlight of a spy's day, and the navy is hoping to hear the enemy shout "you sank my battleship!". Crime is totally unknown. Aussandries's national animal is the 60-Foot Turtle, which is also the nation's favorite main course, and its national religion is Protestant Christianity.

Aussandries is ranked 26,621st in the world and 8th in The Slide Countries for Most Extensive Civil Rights, with 78.76 Martin Luther King, Jr. Units.

The Glorious State of Corbyn, and