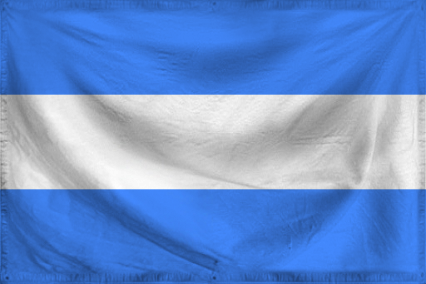 The Republic of Anga Tzen Scanadia is a massive, environmentally stunning nation, remarkable for its digital currency, public floggings, and compulsory gun ownership. The hard-nosed, democratic population of 2.737 billion Anga Tzen Scanadians enjoy great social freedoms and frequent elections, where the majority of the populace regularly votes to increase its benefits at the expense of various hapless minorities.

The medium-sized, outspoken government prioritizes Defense, although Education, Administration, and Law & Order are also considered important, while International Aid isn't funded at all. The average income tax rate is 27.0%, but much higher for the wealthy.

The large but inefficient Anga Tzen Scanadian economy, worth 121 trillion marks a year, is driven entirely by a combination of government and state-owned industry, with private enterprise illegal. However, for those in the know, there is a slick, highly efficient, fairly diversified black market in Arms Manufacturing, Tourism, Cheese Exports, and Door-to-door Insurance Sales. The private sector mostly consists of enterprising ten-year-olds selling lemonade on the sidewalk, but the government is looking at stamping this out. Average income is 44,391 marks, and distributed extremely evenly, with little difference between the richest and poorest citizens.

The nation has chosen not to live in interesting times, real power lies not in the debating room but with those who decide what is debated, it takes months to get the proper permits for a child's first tricycle, and school lunches are made with hypo-allergenic wood pulp. Crime is totally unknown. Anga Tzen Scanadia's national animal is the cobra, which frolics freely in the nation's many lush forests.

Anga Tzen Scanadia is ranked 166,851st in the world and 223rd in Forest for Most Primitive, scoring -77.32 on the Scary Big Number Scale.

Most Recent Government Activity: 5 days ago