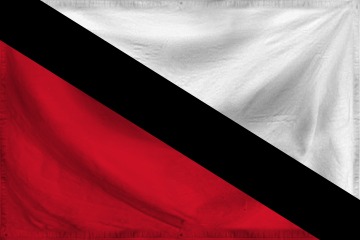 The Much love from Polar of Aizcona is a massive, environmentally stunning nation, notable for its compulsory vegetarianism, digital currency, and punitive income tax rates. The hard-nosed, democratic population of 3.51 billion Estrans are fiercely patriotic and enjoy great social equality; they tend to view other, more capitalist countries as somewhat immoral and corrupt.

The large government juggles the competing demands of Education, Administration, and Defense. It meets to discuss matters of state in the capital city of Estra. The average income tax rate is 82.9%, and even higher for the wealthy.

The frighteningly efficient Aizconan economy, worth 511 trillion Txans a year, is driven entirely by a combination of government and state-owned industry, with private enterprise illegal. The industrial sector, which is quite specialized, is led by the Information Technology industry, with major contributions from Arms Manufacturing, Tourism, and Book Publishing. Average income is an impressive 145,660 Txans, and distributed extremely evenly, with little difference between the richest and poorest citizens.

Access to the woods is only granted to those who bring a small shrubbery, captains must wait until all rats are safe before jumping ship, Red Cross demand for body bags is rising while sutures go unused, and the bonfire of the old paper records can be seen for miles around Estra. Crime, especially youth-related, is totally unknown, thanks to a capable police force and progressive social policies in education and welfare. Aizcona's national animal is the Tiger, which frolics freely in the nation's many lush forests.

Aizcona is ranked 5,578th in the world and 11th in The Western Isles for Most Armed, with 10.92 Weapons Per Person.

Most Recent Government Activity: 100 minutes ago